THE LACK OF POLITICAL SPACE OF THE ERITREAN DIASPORA IN THE ARAB GULF AND SUDAN: TORN BETWEEN AN AUTOCRATIC HOME AND AUTHORITARIAN HOSTS by Nicole Hirt and Abdulkader Saleh Mohammad, 2018

One third of Eritrea's citizens live in exile, and their government uses coercion, intimidation, and manipulation of patriotism to maintain financial flows from the diaspora through a rehabilitation tax and by delegating welfare responsibilities to its citizens abroad. Over one million Eritreans reside in Arab states, yet, we know little about their attitudes towards the homeland regime. Contrary to their compatriots in Europe and North America, they do not have political asylum and instead depend on work contracts for their residence permits. This makes them vulnerable to demands of transnational Eritrean institutions, which issue vital documents in exchange for fulfilment of financial obligations. The diasporic political space is doubly restricted, since authoritarian host states neither permit political activities, nor do they provide reliable protection from the Eritrean regime. This article explores the extent to which Eritreans in the Arab Gulf and Sudan can avert coercion by their home government, and how these states disempower diasporic contention.

Drawing on data from the United Kingdom, Sweden, Germany, and Switzerland, this article shows that during the process of interpreting the refugee definition and applying it to the context of the Military/National Service Programme (MNSP), the definition is subject to various interpretations and applications. As a result, the treatment of similarly situated Eritrean asylum applications differs from one country to another. The article illustrates that asylum courts from the selected jurisdictions sideline relevant factors that classify the MNSP as slavery by failing to engage normatively with the international law definition of slavery. The findings suggest that a defective incorporation of international legal instruments in the assessment of protection claims based on slavery contributes to conflicting interpretations and applications of the refugee definition and can unduly de-legitimise Eritrean applications for refugee status as ‘unwanted migrants’. 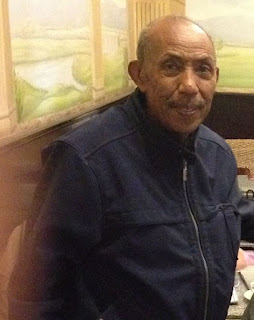 Dr. Hashim Gamal A-Din A-Shami passed away in Istanbul, Turkey, where he was taking medical treatment on Monday, August 1, 2022. Dr. Hashim was born in the Red Sea coastal city of Tio, Eritrea, in 1948, to his father, Sheikh Gamal A-Din Ibrahim Khalil, and mother, Handia Humo Motala.

A veteran UN official and a writer, Dr. Hashim was a well-versed intellectual interested in peoples' causes in the region and beyond. He was interested in the history and studies of East Africa and the Southern Arabian Peninsula. Dr. A-Shami was a man of high integrity, social, kind, and generous. Though born in Eritrea, he felt he belonged to all Afar in Eritrea, Ethiopia, and Djibouti. His most significant contribution to the Afar was his book, 'Al Manhal: The Source in the History and Narratives of the Afar (Danakil),' which was issued in 1991 in Arabic with a second edition in 1996. The book is about 750 pages. The book was translated to Amharic, with additions to the Arabic version in 2007 with the title ዓፋር (ደንከል) ታሪክና መረጃ አርክ ምንጭ. The book was translated to English in 2018.

The book presents analytical and documentary accounts of Afar (Danakil/Adal) in relations with neighboring peoples around the Red Sea and the Gulf of Aden. It includes over 30 colored maps and copies of 19 fundamental conventions, protocols, treaties, and pacts between Afar (Danakil, Adal) Sultanates and Sheikhdoms with colonial powers (Italy and France).

​Moreover, it covers various dimensions: Afar political history; structure of the Afar Sultanates; degree of decentralization; religious aspects from pre-Christianity and pre-Islamic ages up to date (2017); social systems; the pedigree of Afar tribes; Afar social and economic life according to the categories for the period 1800-1960; Afar socio-civilizational manifestations from 600 BC to 10 AD which includes Afar ports, cities and ways of living, particularly in Afar coastal belt from the north of Dahlak Archipelago to Zeila; the presence of the Ottoman empire over very few points of the Afar coast during 1647-1866; and the Egyptian existence in some of the Afar mentioned ports up to 1885.

​Dr. Hashim descended from an Islamic religious family, and his grandfather was an Islamic scholar who made Tio a spiritual center. After completing elementary and secondary school, Dr. Hashim traveled to Egypt, where he got his bachelor’s degree in agricultural economics and agronomy from Cairo High Polytechnic Institute in 1970 with outstanding results and was the first in his batch. After returning from Cairo, managed the Awsa informal cooperative, a semi-mechanized farm of 25,000 hectares in the lower Awash Valley. He got his MSc degree at Arizona State University with honors in Agricultural Economics in 1974 and completed his Ph.D. studies in Economics at Wisconsin University in 1979.

From 1980 to 1985, he worked as an Economist for the oil, gas, water, agriculture, and desalination sectors in the Ministry of Planning in Saudi Arabia, where he contributed substantially to the 5-year development plan in the kingdom. He joined United Nations (UN) 's FAO as an economist based in Rome and was a Regional officer for Near East and North Africa, 1985-1989.

Dr. Hashim was appointed Chief Technical Advisor, Senior Planning Economist, and Team Leader at the United Nations Department of Social Affairs from 1989 to 1996. He was FAO representative in Nigeria and Yemen 1996-2008. During his term in Nigeria, he also engaged and contributed to the Economic Community of West Africa (ECOWAS). During his tenure in the United Nations, he met many leaders in the countries he worked and visited which gave him an in-depth knowledge of Horn of Africa, in particular and Africa and the Middle East. He retired in 2008. Dr. Hashim served as Development Adviser to the Government of Djibouti from 2009-2014.

While studying at the university in Egypt, Dr. Hashim accompanied Sultan Ali Mirah Hanafi in his meetings with Egyptian officials in 1967. He witnessed an undeclared agreement between Egypt (represented in the person of Mr. Mohammed Fayek, Head of the Department of African Affairs in the Egyptian Presidency) and Afar leader Ali Arif Burhan and Sultan Ali Mirah Hanfari. Egypt agreed to the independence of Djibouti for the first time. Egypt also convinced other Arab countries to follow suit. Previously Egypt supported the accession of Djibouti to Somalia. As it is well known that both Somalia and Ethiopia claimed Djibouti. The opinion of the Sultan was if Djibouti was not independent, there might be a war between Ethiopia and Somalia on the issue. Just before the independence of Djibouti, the Government of the Republic of Somalia, particularly the President, Mr. Mohamed Siad Barre, approved it. Thus, Djibouti obtained its independence without obstacles. Sultan Ali Mirah Hanfari got scholarships to Afar students from Egypt in 1967. Egypt also provided a radio broadcast in the Afar language, where Dr. Hashim worked for a short while.

As a personal note, Dr. Akrem Ali Altom, introduced to Dr. Hashim in Egypt, and we became close friends from the first day. He was a mentor, and I have learned many issues from him pertaining to the Afar people and the region's political dynamics. He not only encouraged me to author a book about Eritrea but kept pushing me till I finished it, "The Dynamics of the unfinished African Dream: Ancient Times to 1968". He introduced me to many valuable references. He also contributed substantially to the chapter about the ancient history of Eritrea but did not permit me to acknowledge that in the book. I spoke to him regularly. Almost at least once a week, we exchanged views on regional developments. He will be deeply missed.

Highlights from the Curriculum Vitae of Dr. Hashim Gamal A-Din A-Shami written in 2011

was the chairman of the entity in subject.

-        6 ½ years as a Senior Economist/Planner to the Ministry of Planning starting from Jan.4, 1988, under United Nation Department for Economic and Social Affairs (N.Y) UNDESA, FAO and UNDP joint project under UNDESA

-        June 1,1996 to July 11 2002 FAQ Representative (FOCAL POINT) to The Economic Community of West African States (ECOWAS). It is a regional group of 15 West African Countries founded on 28 May 1975. FA0 has a Regional Office in Accra, Ghana, that covers the same countries and more

-        Acted several times as UN Resident Coordinator in Nigeria and Yemen. Also, as a Dean of The UN Group due to a long stay in both countries

-        Lectured on development planning (concepts and techniques) at the Arab Planning Institute (API), Kuwait; the Institute of National Planning (INP), Cairo; Arizona State University (ASU), USA, etc. These tasks were undertaken during his tenure with UNDESA and FAO as part of assignments. His counterparts in the aforementioned Institutes were Professor Abdul Aziz Ibrahim at INP; Professor Abdulla at API and Professor Philip Stiles at ASU. He had drafted and/or contributed in drafting operational plans for oil, gas, water, desalination and agriculture for a two-consecutive, Five-year development plans for Saudi Arabia

-        Also assumed responsibility as a member of Financial Ceiling Committee in two Mid-Term Plans as well as member of Energy Committee during 5th Development Plan.

by the City Government of Lubbock Texas ,USA. This took place

during a visit on the invitation by the US State Department. Visited

agro-industries, irrigation schemes and commodity markets in the

·       In 1994, received from the UNDP in collaboration with the concerned Government department of the Royal Kingdom of Saudi Arabia a plaque for special appreciation for distinguished contribution in the training of the Saudi nationals through a UNDP/UNDESA project

things analysis/evaluation were based on three econometric models. Also, two mathematical models were developed (i) one for measurement of resources transfer from cotton sub-sector to the rest of economy and vice-versa and (ii) a model for import substitution efficiency measure for the infant industry (cotton-based industry).

Over the period of the study productivities of the whole Egyptian economy, industry, cotton-based industry, and oil sector were calculated for comparative analysis. Also, income distribution and employment generation analyses were made.

A DOZEN OF PUBLICATIONS IN ECONOMNIC AND FINANCIAL STUDIES

Most of these were issued by sponsoring institutions, organizations, and employers. The ownership of publications belongs to the sponsors.

Quarterly report on petroleum and other energy sources, jointly prepared by A-Shami and Dr. Khalil Mohamed Zahr, Senior Energy Adviser, Ministry of planning (MOP), Saudi Arabia, about 5-15 pages; each issue for the period 1982-1984 (in Arabic and English). Series of reports were written - jointly with Dr. Zahr on Energy (particularly oil related) during 1988-1994. Ownership of These reports are belonged to MOP.

Contribution in development of L.T. Energy Model (world demand/supply for energy including oil) for Saudi Arabia done in collaboration of UNDESA and the Institute of Statistics Norway - Oslo.

"A Medium-Term Oil Model" jointly developed by Dr. Khalil Zahr, Senior Energy Advisor, UNDESA and A-Shami for the Ministry of Planning of the Kingdom of Saudi Arabia prepared under the project SAU/94/001 "Support for Economic Planning, Modeling and MIS Development", March 1996. It was meant to complement the system of macro-economic Models. The Model was conceptualized, specified, designed and estimated by Zahr and A-Shami while its programming and

implementation on the TROLL system was undertaken by the Institute of Statistics Norway, Oslo, under leadership of Professor Olav Berjkholt

Updating and enhancement of a Food Demand Model for planning purpose

Travels: visited most of European countries, most of West Africa, East African countries,

Conferences & Seminars: Attended a large number of workshops, seminars and conferences mainly pertinent to Socio-Economic Development and a few as observer on Conflict Resolution.