Video : The Italian colonial army advancing into Adwa and Axum in 1935

Video : The Italian colonial army advancing into Adwa and Axum in 1935


On the 3rd of  October 1935, The Italian General, De Bono crossed the Mareb River and advanced into Ethiopia from Eritrea without a declaration of war. In response to the Italian invasion, Ethiopia declared war on Italy. At this point in the campaign, roadways represented a serious drawback for the Italians as they crossed into Ethiopia. On the Italian side, roads had been constructed right up to the border. On the Ethiopian side, these roads often transitioned into vaguely defined paths. On the 5th of October, the Italian army took Adigrat and by the 6th Adwa.


On the 11th October, Dejazmach Haile Selassie Gugsa and 1,200 of his followers surrendered to the commander of the Italian army. On the 15th of October, De Bono's forces advanced from Adwa and entered Axum. 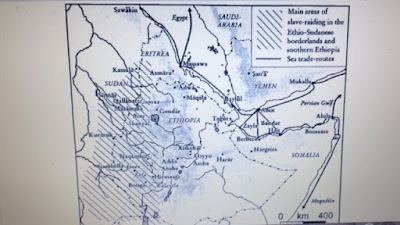 You can read or download the article here (may need to register if not already registered at: Academia.edu

-------
Abstract
West African participation in the pilgrimage to Mecca (hajj) grew considerably throughout the first half of the twentieth century. This article examines the causes and consequences of failed British and Saudi efforts to channel, regulate, and control the trans-Sahelian flow of pilgrims and enforce a regime of mobility along the Sahel and across the Red Sea. Focusing specifically on Red Sea ‘illicit’ passages, the study recovers the rampant and often harrowing crossings of dozens of thousands of West African pilgrims from the Eritrean to the Arabian coasts. It examines multiple factors that drove the circumvention of channeling and control measures and inscribes the experiences of West African historical actors on multiple historiographic fields that are seldom organically tied to West Africa
-----

.....John Morley, a British colonial officer who had served in northern Nigeria (1937 - 1941) before taking up service with the British Military Administration of Eritrea (1941 - 1944), was openly moved when soon after his arrival in Northeast Africa he encountered a group of Hausa pilgrims in the port of Massawa, more than 3000 kilometers from home. In his diary, he reminisced about their surprise at meeting a European who could speak their language and recounted the trials of a group who had arranged to be smuggled out of Eritrea and into the Hejaz on the other side of the Red Sea. After having paid a boat owner/smuggler a large sum of money, the pilgrims set out to sea. Some hours later, they landed on a lonely shore in the dead of night ‘but when the day dawned and the dhow had gone they found they had been marooned on an uninhabited island, where they all died of thirst except for one man who by some miracle escaped and returned to Massawa to tell this tale’.

In a similar vein, C. S. Grisman, another British official who spent some time in Eritrea in 1947, also described the all too frequent ghastly episodes in which smugglers deceived pilgrims who tried to illicitly cross the Red Sea. He lamented those pilgrims who had ‘travelled from Lake Chad through swamp, forest, scrub and desert right to the shores of the Red Sea at Massawa, only to be cheated by the Arab captains of dhows and ferry boats, who took their passage money, then deposited them, ignorant and penniless, some fifty miles south along the Eritrean coast’.  This article sheds light on a little known aspect of the broader phenomenon of the west African pilgrimage to Mecca.

You can download the article, here, but my need registration, if not already registered:

Postcolonial silencing, intellectuals, and the state: Views from Eritrea

Postcolonial silencing, intellectuals, and the state: Views from Eritrea

an interesting 2000 article by Peter Schmidt


ABSTRACT
In the immediate post-liberation period, Eritrean intellectuals, with the concurrence of the state, showed deep interest in developing archaeological studies and an enhanced capacity to manage heritage resources.Through a focus on the National Museum, this article investigates the ensuing struggles for the control of history and heritage in Eritrea. Originally an initiative of ex-fighters who rendered liberation history in artistic form, the National Museum later came under the authority of the University of Asmara. While other museums involving those who survived displacement and conflict, such as the District Six Museum in Cape Town, often contest the expert authority of intellectuals and invite public participation, the National Museum became an instrument of the state that suppressed public participation. The struggle between the National Museum and the University provides penetrating insights into state hostility towards intellectuals and containment of public education using the media of archaeology and heritage studies, a conflict that prefigured state/university conflicts leading to the dismantling of the University of Asmara

You may need to register (if not already registered) to download the article: 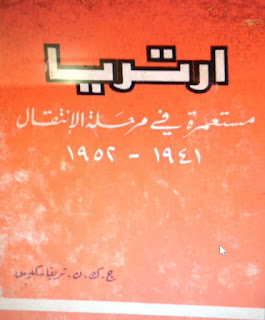 Ahmed Raji's scholarly articles on 'Issues of Equity in Eritrea'- 2009


Ahmed Raji's scholarly articles on issues of equity in Eritrea:

The Lost Rainbow I: