The Law of “ADGHENATECHLEBA” , the law of the people of AKele Guzai Division

The Law of “ADGHENATECHLEBA” , the law of the people of Acchele Guzai Division. The 29 District Chiefs and 83 persons experts in law who were selected by the villagers of the various districts of Acchele Guzai Division held several meetings which lasted one and half year in Segeneiti, Adi Caieh and Senafe and succeeded in drawing up this Code which comes into force with effect from 28th Tahsas 1937 (7th January, 1944).

It can be downloaded here:

Thanks to Prof. Kjetil Tronvoll for sharing
Posted by Hedgait at 10:36 No comments:

Tesfay Woldemikael ‘Degiga’ on the relations of the ELF and TPLF

Interview of Tesfay Woldemikael ‘Degiga’ on the relations of the ELF and TPLF by Guenter Schroeder, Kassala 1988 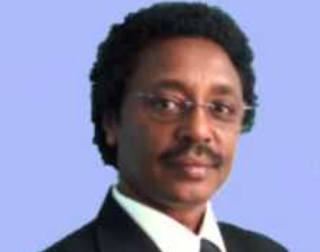 Thanks to Prof. Kjetil Tronvoll for sharing the document
Posted by Hedgait at 13:00 No comments:

When the Axumites invaded and occupied Yemen


When the Abyssinians came to the rescue of the Christians in Yemen in the 6th century:


The beginning of the war between Abyssinia and Yemen was when king Yusuf “Zi Newas” (515 – 525 AD) of Yemen converted to Judaism and brutally killed the Christians of Nejran who did not convert to Judaism. Some reports indicate about 20, 000 Christians were killed. One of the Christians, called “Dos Bin Thaalaban”  escaped and contacted the king in Abyssinia and showed him part of a burned Bible. The king said he was ready to help them but did not have ships to transport his army to Yemen. The king contacted the Roman Emperor then, Yustinus (518 – 527 AD) who sent the ships. The Greek writer Cosmos, author of the ‘Christian Comography’ has written an eyewitness account of the preparation of the Axumite army in Adulis. There are different accounts of the number of the Abyssinan army ranging between 4, 000 to 70, 000.  Abyssinian accounts name the king of Axum then, as King Kaleb. The Abyssinian army was led by Abraha or Arbat. Abraha built a church in Sanaa and forced the Yemenis to go pilgrimage the church instead of going to Mecca. The Arabs refer to the year Abraha tried to invade Mecca in 570 AD  (It was also the year the Prophet Mohamed was born), as the ‘year of the elephant’.The incident is also referred to in the Koran. Abraha ruled Yemen for 23 years, up to 544 AD. His son ‘Yexum’ ruled Yemen for 19 years, There were many revolts in Yemen against Abraha rule in Yemen. A detailed account with many Arab and western references is given in the source below.


The book was translated to Amharic, with additions to the Arabic version in 2007 with the title (ዓፋር (ደንከል) ታሪክና መረጃ አርክ ምንጭ).
Posted by Hedgait at 00:45 No comments:

The Nile tributaries of Abyssinia

The Nile tributaries of Abyssinia and the sword hunters of the Hamran Arabs by Samuel Baker, 1867

The status and role of the Eritrean Orthodox Church in the union with Ethiopia:


The status and role of the Eritrean Orthodox Church in the union with Ethiopia
Before the advent of Italian colonialism, the Church owned valuable land in the highlands, demanded and got free peasant labor in time for cultivation. During Italian rule, the Church land was confiscated and converted to Italian crown land. Some land was leased to expectant peasant villages and other land was given to Italian settlers. The Church as an economic power was destroyed.

In the Italian desire to weaken the ideological and administrative unity of the Coptic Church, the Italians located its central office in Akle Guzai and demanded it severe its institutional ties to the Ethiopian Orthodox Church. Abuna Querlos refused to comply. As a result the Italians expelled him from his seat and replaced him with a little known priest from Akle Guzai, who became known as Abuna Markos. Having located the Central office in a region with such heterogeneous social and ideological formation (Moslems made up almost one third of the population, it was the least populated of kebessa regions and the largest number of defectors from the Coptic Church were there, where the new converts to Catholicism numbered at least one seventh of the Coptic population), the Italians succeeded in weakening the Abuna Markos’s Office to the point where its survival depended on the Italians. When the Italians occupied Ethiopia in 1935, they further weakened the unity of the Church by locating the Tigre section to be administered by Abuna Markos. So when Haile Sellasie returned to his throne in 1941, the Abuna was in a difficult position.

Yet, the Church exerted super structural influence, i.e. the ideology of the masses still remained that of Coptic Christianity. Immediately after the Italian defeat, it made every effort to reverse history. In 1947, it was joined by the Society for the union of Eritrea with Ethiopia (SUEE) which later became the Unionist Party. It cultivated its allies from the Kebessa, including the Massawa nobility and the chiefs of Muslim lowlands. The party’s founding fathers and active members had already secured, by the early forties important high offices in the Addis-based Ethiopian Government, namely Vice-Chancellor of Addis; Director of Ethiopian Post and Telegraph; and his Majesty’s Minister of Pen. The main aim of the party was to cultivate mass support for union with Ethiopia. In return the Ethiopia was to restore to the Church and chiefs their lost economic and political power, and through intermarriage, etc., make them part of the Shoan-Amhara feudal ruling class. The agent for this conspiracy was the Eritrean Coptic Church. It began intimidating the highland peasant s, threatening to excommunicate, refusing holy services of baptism and burial if the Church adherents did not support union with Ethiopia. But the more the conspiracy took shape the more it became exposed, the heads of the Church increasingly relied on anti-Muslim paranoia and hysteria to gain support for a union with Ethiopia. With this, fragile and ‘unholy’ alliance created between the chiefs and heads of the unionist Party collapsed. And the Church temporarily succeeded in forming anti-Muslim Christian solidarity for the unionist cause. With the partial success of the Coptic cause, a counter party articulated the interest of the lowlands, the Muslim League was already formed in 1946.

Quoting Trevaskis, “ by 1942 every priest became a propagandist in the Ethiopian cause, every village church had become a center of Ethiopian nationalism, and popular religious feast days such as “Maskal” had become occasions for open displays of Ethiopian patriotism. The cathedral, monasteries, and village churches would be festooned with Ethiopian flags and sermons would be delivered in unequivocal political language”.


It is worth to mention that there were a minority of Christian elites at that time, headed by Ras Tesemma Asberom who was against the Church role in trying to unite Eritrea with Ethiopia, at any cost, even using extreme forms of violence.
-----------
Source: Jordan Gebre-Medhin , Peasants and nationalism

Enda Fegrai The law takes its name from the village where it was created. Elements of two districts (Egghelà Hatzin and Tedrer) were involved at a very ancient and unrecorded time. This law was revised in Adi Goddo in 1905, and it is also followed in the Seraye district of Temezza.

The Trump Archive collects TV news shows containing debates, speeches, rallies, and other broadcasts related to President Donald Trump. This evolving non-commercial, searchable collection is designed to preserve the historical record for posterity.
The project is a work in progress, with improvements planned for expanding the collection and making searching more efficient.

Customary land tenure among the highland peoples of Northern Ethiopia


Customary land tenure among the highland peoples of Northern Ethiopia (that included Eritrea): A bibliographical essay by Arthur Schiller