A MEDICAL REPORT ON THE MUTILATED AND EVIRATED ERITREANS OF THE BATTLE OF ADOWA. 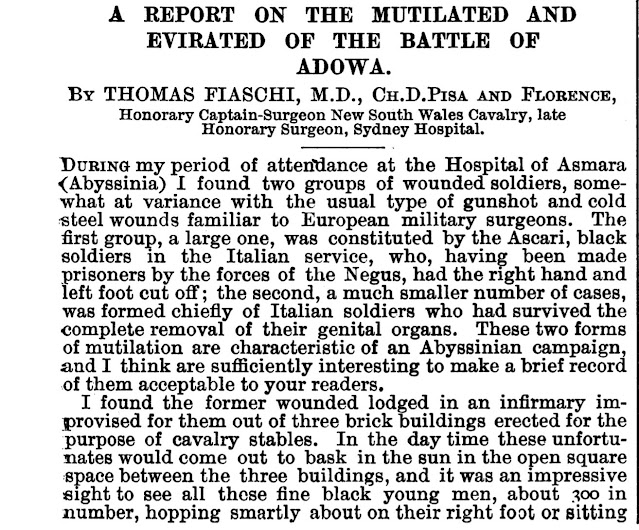 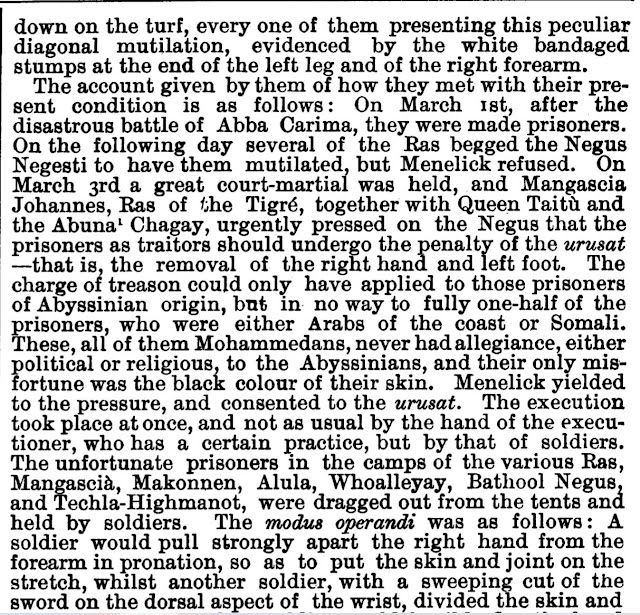 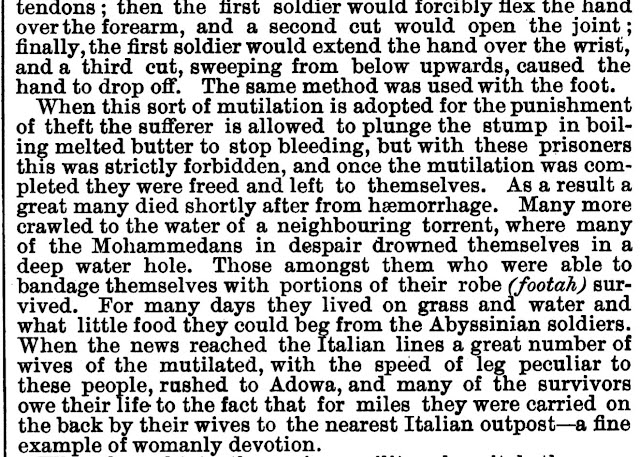 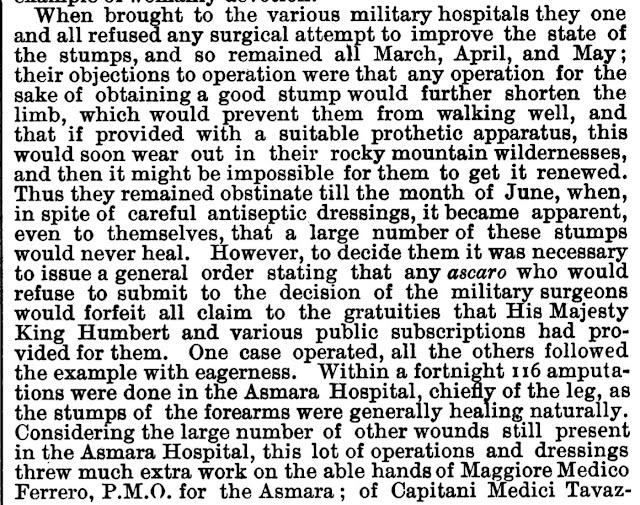 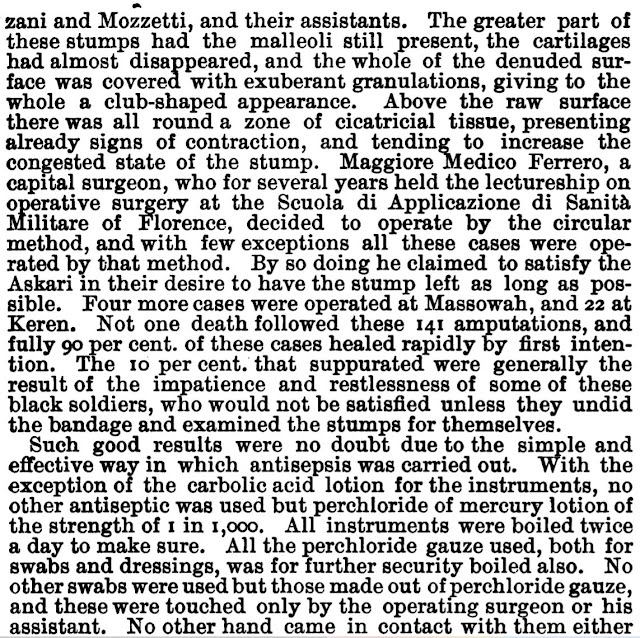 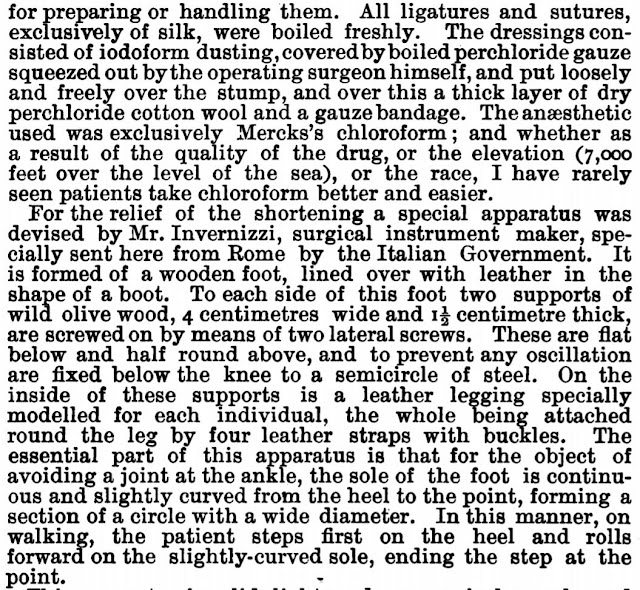 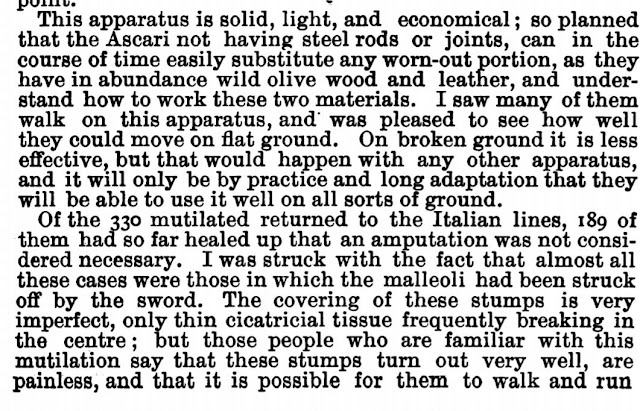 Some of the many crimes of Ras Alula in Eritrea 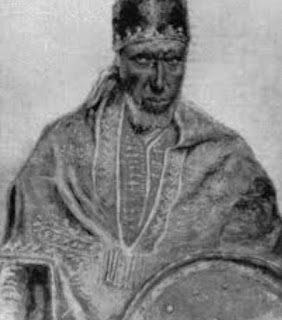 When Atse Yohannes took over in Tigray, the highlands of Eritrea were autonomous regions ruled by local families. Ras Woldemikael Solomon, ruler of Hamasein (1841 – 1879) from Hazega replaced Ras Hailu Tecle Haimanot of Tsatzega who was close to Atse Tedros. Ras Alula raided and pillaged several parts of Eritrea at different times before and after his appointment as Governor of Seraye, Hamassein and Akle Guzai on 9th October, 1876. His was the first non-Eritrean to rule the highlands of Eritrea. The only way he could feed his large army was to raid different parts of Eritrea and loot livestock and other property. Yet he never succeeded in having full control of Eritrea.

At the end of September 1880 he led his 12,000 man army into the Ansaba valley. On 10 October 1880, Alula crossed the river towards Keren near the Egyptian post of Shabbab. A detachment was sent to neutralize the fort of Sanhit (Keren), while the bulk of his army marched to the Halhal high plateau and established a fortified camp on top of a mountain. Here, Alula stayed for three weeks, dispatching strong raiding parties against the Habab, Beni Amer, Mensaa, Barka and others.

On 12 May 1885, at head of 5,000 troops, the Alula encircled 1,000 followers of Shaykh ·Abd al-Qadir of the Habab who was collaborating with Mahdist leader, Osman Digna near Amba and annihilated a third of them.

Ras Woldemikael, Bahta Hagos, Kifleyesus and the Tigrian renegade Dabbab with his Assawota fighters resisted his presence (Erlich 1997, 11-16, 25, 32-34). The Beni Amer and Ras Woldemichael fought on the side of the Egyptians at Gura against Alula. The Italians were able to control most parts of Eritrea peacefully as the people were fed up with Alula’ incursions.

He even changed the demography of Hamasein as many of his soldiers settled there.
-------
Source: Erlich, Haggai (1997). Ras Alula and the scramble for Africa -a political biography : Ethiopia and Eritrea 1975-1897