Observations on Eritrea and its relations with Tigray, 2003 article


OLD PROBLEMS IN NEW CONFLICTS: SOME OBSERVATIONS ON ERITREA AND ITS RELATIONS WITH TIGRAY, FROM LIBERATION STRUGGLE TO INTER-STATE WAR, a 2003 article by Richard Reid

"The purpose of this paper is to offer some observations on a relationship (or perhaps several contemporaneous and intertwined relationships) between two regions, two peoples, two political movements-a relationship (or relationships) which has (or have) defined a huge swathe of the Hom of Africa over the last generation, and indeed beyond. The focal point of the paper is Eritrea, its relations with, and perceptions of, Tigray. It is not intended to be exhaustive: truly exhaustive work on this topic could not be contained within a single article. It represents, rather, some thoughts based on a handful of key documents, field interviews and less 'formal' informants (deliberately not high-ranking officials, as their views have been well-aired), and a range of secondary literature much of which, indeed, has been so necessarily contemporary that it can be classed as a kind of alternative body of primary source material, certainly in terms of assessing outside perceptions of the relationship under study. The paper will hopefully serve to push the argument toward a synthesis of understanding..."

Video: "The Italians of Eritrea" an Italian documentary with English subtitles

The Italians of Eritrea: An Italian documentary, with English subtitles, from Giampaolo Montesanto. It retraces the story of Italian colonialism  1880 - 1975 through interviews (2015) with with 9 Italians aged 70 - 91, most of whom arrived there in 1935 and have lived in Eritrea for a long time. In addition to the interviews, it contains hundreds of old historical photos and post cards as well as old colonial maps.

Thanks to Silvio Nicoolai for sharing
Posted by Hedgait at 06:59 No comments:


A History of the Beja tribes of the Sudan, (parts related to Eritrea) from a book by A. Paul 1954

Here you read about the Beja tribes, also referred to as  Ballaw (written as Belo or Balau), their history from 2500 BC to the middle of the 20th century, Beja kingdoms, between Aswan and Massawa, the Hadendowa, the Beni Amer. In it there is a reference that "The Almada, ca 36,000 in Eritrea, appear for a short time at least, to have established a kingdom on the coast between Massawa and Agig, and, even after their overthrow and enserfment by the Beit Asgade´in the early 16th cent, seem to have retained something of their greater past, so that aristocratic castes had no scruples about taking their daughters in marriage."

Do you also know that Hammasein is not only a name of a region but also a name of one of the Beni Amer tribes, Beit Maala Hammasein

The whole book can be purchased here: http://www.cambridge.org/us/academic/subjects/history/african-history/history-beja-tribes-sudan

UN Commission of inquiry on human rights in Eritrea Reports 2015, 2016

Detailed findings of the commission of inquiry on human rights in Eritrea, June 6, 2016

Report of the commission of inquiry on human rights in Eritrea, June 2015:

The document in Arabic:


"Equality to Die for?: Women Guerilla Fighters and the Eritrean Cultural Revolution" a 2000 Article by Victoria Bernal 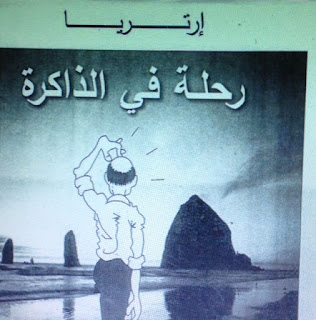 إرتريا رحلة في الذاكرة ، بقلم أحمد طاهر بادوري ، ويتناول  الكاتب،إلتحاقه بالثورة، رحلته الي مصر،
تجربة الثورة الأرترية من وجهة نظرالجبهة الشعبية، وفيه نقد حاد لتجربة جبهة التحرير الأرترية، تكوين الحزب السري للجبهة الشعبية،
"Eritrea: Journey through the memory" a book, in Arabic by Ahmed Tahir Baduri. He reflects on many issues including his journey to join the ELF, his journey from Eritrea to Egypt, the experience of the Eritrean revolution from the view point of the EPLF, a harsh criticism of the ELF, the formation of the clandestine. 'Eritrean People's Revolutionary Party' ....

It can be downloaded below: