Abubaker Ashekih, 'Sendelay' one of the great Eritrean arists who left his mark on Ethiopian Music 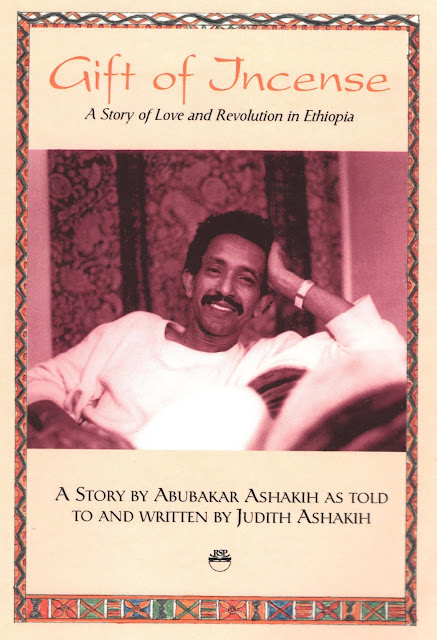 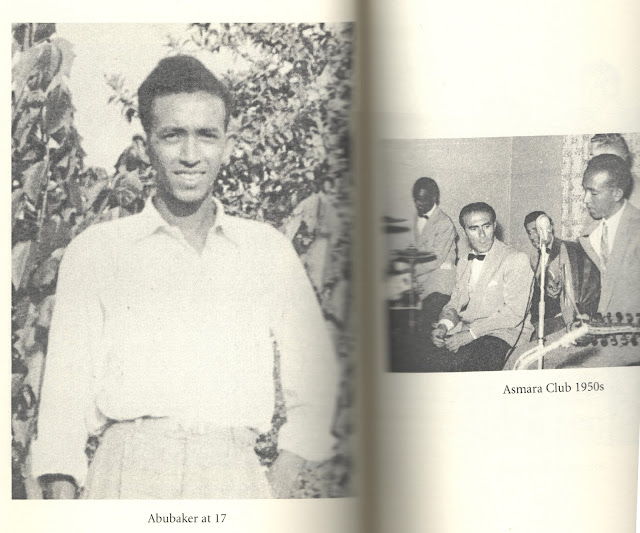 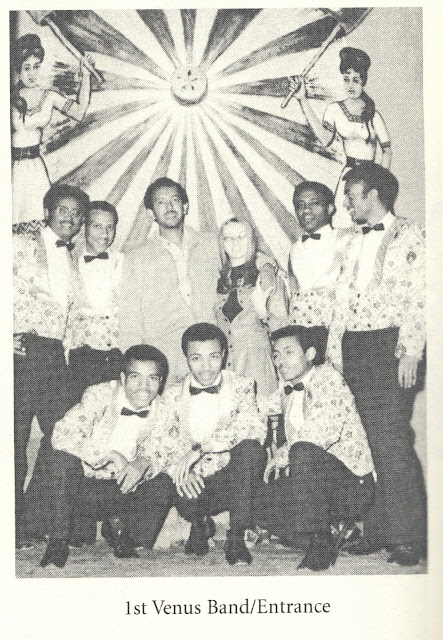 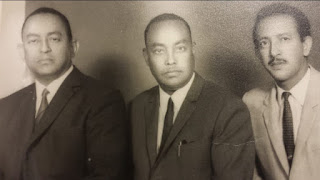 From Right to left Abubaker and his brothers Saleh and Osman

Gift of Incense, “Sendelay” as his grandmother used to call him in Tigrait,  is a book about the life and musical career of Abubaker Ashekih, one of the forgotten Eritrean artists who left big marks on the Ethiopian musical scene.  Some of those artists composed some of the best hits for Tilahun Gessese, Buzunesh Bekele and Mahmoud Ahmed. It was Abubaker who discovered the talent of Mahmoud Ahmed when he worked as a shoe-shine boy in front of one of the clubs where he performed and later introduced him to the Imperial Body Guard Band. According to the book, Abubaker composed more than 300 songs, including marches for the Imperial guard such as “Shegietou”- Sweet heart of my life.

His story is narrated by his American wife, Judith Ashekih as was told to her by her husband. The first time they met was at Saleh Hinit office, in Addis Ababa where she worked as a secretary. Saleh Hinit was the Minister of Post and Telecommunications in Ethiopia when the Derg took over in 1974. Abubaker’s first wife was Almaz from Asmara with whom he had several children. While in Asmara he performed at Odeon and Asmara theatres. Later with the formation of the ELF, life became difficult for the musicians as Ethiopia introduced censorship of songs. Abubaker moved to addis to pursue his music career. He performed with the Imperial body guard band not only in Addis but travelled with the band to Russia, China, and Japan accompanying the Emperor. Other Eritrean artists who also performed in Imperial Body Guard band included Girmay Solomon and Colonel Girmay Hadgu.

Abubaker was born and grew up in Keren. Since early age he was fascinated by music. The only thing he wanted in life was to be a musician. His family with roots in the nobility of Habab were against his love of music. As a person he was kind person who took care of his extended family, cared about his employees and customers who were drunk by the end of the night, a naughty boy adventurer who was eager to punish those who tried to abuse him, including teachers he did not like.  Keren boys and girls will be interested to learn about his adventures in Keren.

Through Abubaker’s narration we get a glimpse for the first time on how life was for the local citizens during the fierce, strategic battle of Keren that raged from February 3 to April 1941 between the British and the allied forces and the Italian colonial army. How the local population experienced that war, hiding from continuous air raids, taking refugee in the villages in the neighbourhoods, Italian soldiers desperate to escape to Asmara asking for civilian clothes and at times threatening to get food, the sight of corpuses that lied every where.

In Addis, Abubaker’s talent was discovered by Eritrean Colonel Girmay Hadgu who was a member of the Imperial Guard and who composed music. Girmay had served in the Ethiopian contingent in the Congo. He introduced him to General Mengistu Neway who was the Commander of the Ethiopian Imperial Guard, and Girmamye Neway who had returned from Jijiga and who was looking for individuals who played Arabic music. Both tested his musical abilities playing violin, mandolin, guitar and Oud. They were impressed with his skills and asked Colonel Girmai Hadgu, how much to pay him. Girmai suggested they pay him as much as his salary which was Birr 150/monthly and they did. According to Abubaker, Tilahun at that time was earning Birr 100.  Abubaker and family had to leave Addis to the USA after life became difficult after the take over of the Derg in July 1978. They sold ‘Venus Night Club’ before travel to the US. Through the book we get a glimpse of how difficult life was in Addis during the Red Terror period.

On his first day of the job as a civilian with the Ethiopian Imperial Guard, Abubaker composed the melody of his first hit, “My eyes always follow you”. I guess it was ‘Wub Ainama’ where the style and rhythm were quite new. It was sang by Tilahun. G. Mengistu Neway called him to his office and gave him a bottle of Wiskey and 80 Birr as a bonus, for that song. His other melodies include ‘Yefikir Shemani’ meaning ‘Weather of love’ sang by Buzunesh Bekele; ‘Hiwetye Anchi Bemohonesh’- you are my life by Tilahun Gessese. Other melodies include ‘Ingudaye Nesh’ – you are a fruit of my life by Tilahun; ‘Gara Ser New Betish –  by Teshome Metehu meaning ‘you live by the mountain’; ‘ Kefu Ayenkash’ – may nothing harm you by Tilahu; ‘Innatye nesh’ – you are my mother and many others.
The book is an interesting read in terms of the musical career of the artist, his contribution to Ethiopian music, and in shedding light on the developments in Eritrea in the early 1940s to the early sixties and on Ethiopia during Haile Sellasie rule and the early times of the Derg. The book can be purchased at: https://www.amazon.com/Gift-Incense-Story-Revolution-Ethiopia/dp/1569021813
Abubaker passed away in the USA on the 2nd of November 2000.

A book review by Awate.com: http://awate.com/gift-incense-book-review/

Another Eritrean artist who left his march on Ethiopian music is artist    Girmai Solomon . Unfortunately the few things we know about him was in the interview he gave to Eri TV. Girmai passed away on the 3rd February 2019. 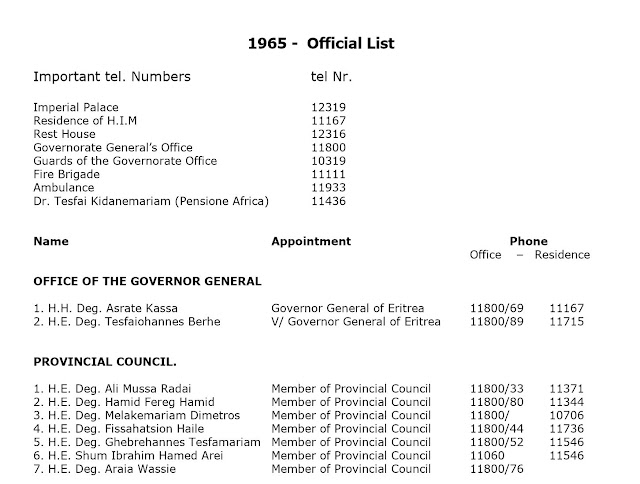 On Abdulgadir Kebire and his links to the Afar and Jeberti

On Abdulgadir Kebire and his links to the Afar and Jeberti