Isaias Afworki: Spy or a revolutionary

Isaias Afworki: Spy or a revolutionary

We have been trying for years to reach whether Isaias Afworki 1) was recruited by the CIA to join the ELF and help to dismantle it  from within (‘Operation seed planting project’ as Wedi Giorgo referred to it; 2) Whether he was recruited by Asrate Medhin Kassa (Governor of Eritrea: 1964 - Dec 1970), on the behalf of Ethiopia for the same purpose, with the implicit role of the Mossad. Asrate Kassa was born in 1922 and died in 1974. Now there is new information that strengthens the possibility that he was a spy. One thing we know for sure. Tesfamichael Giorgo brought Isaias to Asmara and took him to Kagnew Station and he was imprisoned by the Ethiopians, for it. Asrate Kassa's son, Mulugeta, has confirmed recently that his father had links with Isias and that Isaias came to visit his father in early 1972. Dawit Woldeghiorgis also gives us insight into how and when he knew Tesfamichael Giogo and on the training of the Ethiopian army by Israelis.

Another recent confirmation (June 7, 2020) that Isaias Afworki worked for Asrate Kassa, who supplied his faction with arms. Listen from 08:50 – 16:00 minutes

Captain Tesfaye Resteye, was a former Ethiopian police officer who served as an investigator in the security services in Asmara, Assab, and Tio in 1973 during Haile Sellasie period. He also worked as the head of the foreign intelligence of the Ethiopian Security Services (ESS) upon return from a training course in Moscow, during the Derg period. The foreign intelligence then focussed on the Middle East and the follow up of the Eritrean liberation movement. His last position during the Derg was the Head of the Legal Department of the ESS.

During his service in Eritrea, he was sent to investigate the army atrocities after a clash with the fighters in Baraasole in Dankalia. He narrates that he tried to calm the citizens. Tesfaye clarified that his first interaction with Asrate Kassa.  When he was on his way to Assab, Asrate Kassa, who was the Governor on an army communications radio called him directly and asked him, for a briefing, At the end of their conversation, Asrate Kassa asked him to write 1000 bullets were fired. Still, Tesfaye declined to document the bullet numbers. He further stated the reason they were asking was to give the shots to the enemy to compensate for their loss.

He also narrates how the Derg was formed. Captain Tesfaye also explains how the Derg members were selected, the killing of the 60 high ranking officers, and how Haile Sellasie was deposed and killed by giving him anesthesia and choking him to death.

The following are the old and new facts:

What PFDJ Ambassador Tweet 24 July, 2018 stating that Isaias struggled for this day since 1965, meaning to unite Eritrea and Ethiopia

Ethiopia General Daniel Mengistu's claim that Isaias was their spy

General Daniel Mengistu who was the Foreign Affairs security chief of Ethiopia during Haile Sellasie has stated in an interview with an Ethiopian Newspaper, in 2000 has claimed that Isaias was an Ethiopian spy and on the payroll of Ethiopia. 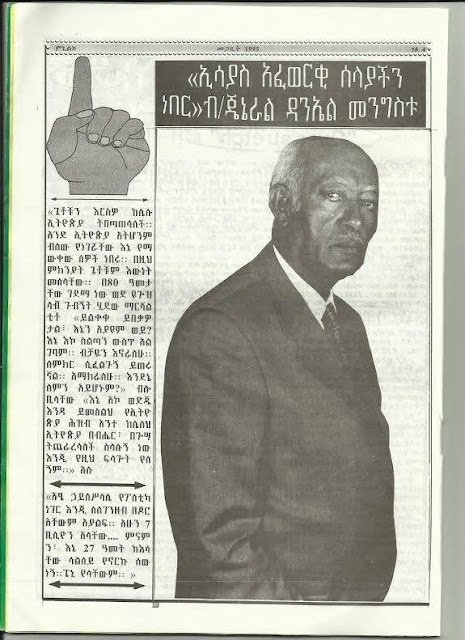 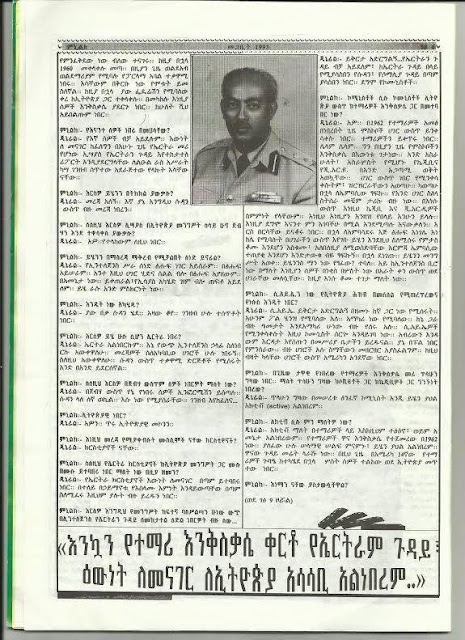 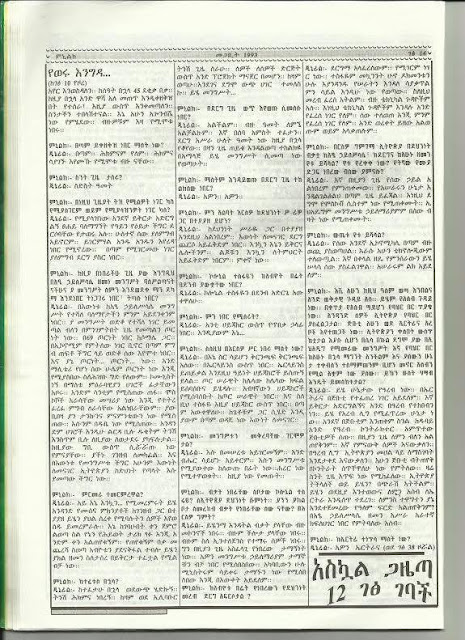 List of names of 19,098 mostly Eritreans who got medals for valour for service in the Italian army

IL CORAGGIO   DEGLI ASCARI, THE COURAGE OF THE ASCARI, 2014:

List of names of 19,098 individuals mostly Eritreans who got medals for valour for service in the Italian army, by Vito Zita


VITO ZITA, the author of the book was born in 1960 in Barletta, Italy. He has lived in Siena since 1980 and has worked as a financial consultant, in financial planning and savings management. Since the end of the 1980s he has been involved in studies and research on the social and historical-military aspects of Italian colonial troops. He is a historical consultant for the colonial period at the International Museum of the World Wars, in Rocchetta Nuova IS, Italy. He is a member of the of a number of Associations including ANMIG and ANFI and ANRRA. In addition to several short essays, he published, "The courage of the Ascari - The motivations for the rewards for Military Valor for the war operations in Africa 1890-1943 assigned to the Ascari" (out of print, 2014); "The fallen of the Contrada della Chiocciola in the Great War" (out of print, 2016); "Gino Berardi, officer of colonial cavalry gold medal for Military Valor" edited by P. Angi, V. Zita, G. Zorzetto (2016); "The Colonial Cavalry from birth until 1936" (2016) also in an English version. He curated a permanent museum exhibition dedicated to the ascari at the Italian House of Asmara in November 2016. He is currently writing other works on the subject of colonial military history that will be published, soon. He is engaged in numerous conferences on the historical-military aspects, mainly colonial, which he is the  author or in collaboration with other colleagues.
Posted by Hedgait at 07:15 2 comments: