The Eritrean freedom fighter who inherited the best of Abroshigo, Keren and Agordat 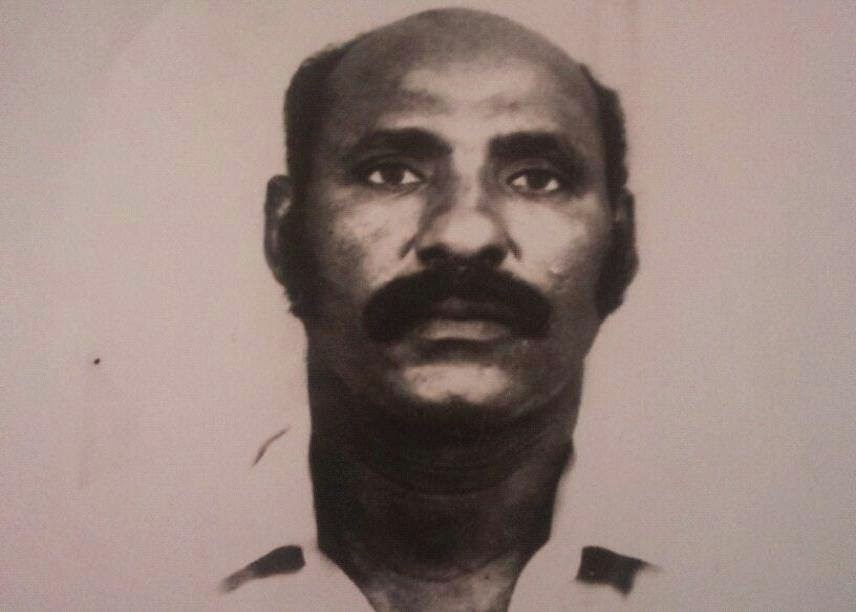 The Eritrean freedom fighter who inherited the best of Abroshigo, Keren and Agordat

The Eritrean revolution is the sum total of all those heroic sacrifices of ordinary Eritreans and there are too, too many of them. It makes you feel very bitter when you realize all those sacrifices have been stolen by a clique. This is the story of one of them. I wish we could write the story of each one of them, and mind you each story can be turned into a book or an interesting movie.

Tekhlay (Abdella) Tzegay
Tekhlay Tzegay was a well respected, humorous and loved freedom fighter who fought in the ELF and who always stood for justice. If you meet him once, he leaves a lasting impression on you with his tall, well built body, handsome look, his sense of humbleness, his courage and quest for justice. I was fortunate enough to have met him a couple of times and it feels like it was yesterday. He was born in Keren in the early 1940s. His father was from Abroshigo, near Adi Na'amin. His father worked in the Eritrean Railways.  He grew up in Keren. He was a sportsperson and a famous football player.

He later moved to Agordat and got well integrated into the society.  He was highly respected and loved in the town, for his courage and his open rejection of the Ethiopian occupation, among others. He was feared by the Police and the Ethiopian soldiers. In Agordat, he played for the Stella Football Club where his closet friend, martyr Idris Telodi was the goalkeeper of the team. Some say it was in Agordat that he got the name, Abdella, and others say it was in the ELF when he lost one of his closest comrades, called Abdella, in an operation.

In the ELF, he was known as Abdella Tzegay. He joined the ELF with his close friend, Idris Telodi, and others in 1967; when the Ethiopians started the scorched policy in the lowlands. In the ELF, he stood firmly against the sectarian and divisive moves of Isaias Afworki and his associates. He served in different units in the Eritrean Liberation Army, from a simple soldier to the 2nd in command in Brigade 80 during the EPLF/TPLF aggression on the ELF. After the ELF was driven out to Sudan, he refused to travel abroad and pursued his struggle in the ELF.
Together with Abdella Fikak, he led the operation and played an important role to take over an Ethiopian bank in Humera. The Operation was planned by Mohamed Osman Izaz, who also took part in the operation.

An Eritrean woman was abducted, from a refugee camp near Wed Al Hilew, by a Sudanese army unit, while he was visiting there. As he always stood for justice, he was outraged when he heard about the case, he went to the Unit and got into a heated argument with the officer in charge. A few days later, on March 17, 1987 (some 27 years back) he was found dead, under mysterious circumstances, together with some of his colleagues not far from the camp. He has named one of his sons, Adobaha, after the unity conference of the Eritrean Liberation Army, in 1969, where the five zones were put under one leadership, the General Command.


May his soul rest in peace, and my his family get comfort on the fact that he was a courageous fighter who always stood for justice and a great human being loved by all who knew him.
-----
Thanks to Mahmoud Hamid Idris and Ghirmai Zemichael for helping me with information
Posted by Hedgait at 10:10