The Ethiopian coup of 1960 with pictures and videos 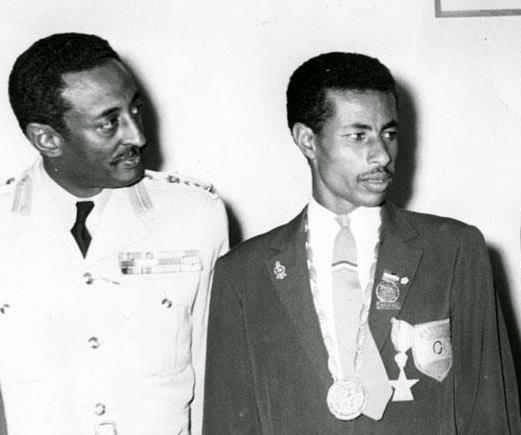 The Ethiopian coup of 1960 with pictures and videos

The 1960 Ethiopian coup d'etat staged in Ethiopia on 13 December 1960 to overthrow Emperor  Haile Sellasie. While he was away on a state visit to Brazil, four conspirators, led by Germame Neway and his older brother Brigadier General Mengistu Neway (1919 - 30 March 1961), who was commander of the Kebur Zabangna (the Imperial Bodyguard), took hostage several ministers and other important persons. Then after taking control of most of  Addis Ababa, the capital of Ethiopia, they declared the regime of Haile Selassie had been deposed and announced the beginning of a new, more progressive government under the rule of Haile Selassie's eldest son, Crown Prince Asfaw Wossen, that would address the numerous economic and social problems Ethiopia faced. Despite a demonstration of support by the students of Haile Sellasie University, the other military units remained loyal and worked together to crush the coup. By 17 December, loyalists had regained control of Addis Ababa and the conspirators were either dead or had fled the capital.
A number of experts of Ethiopian history consider this event the most serious threat to Haile Selassie's rule between his return to Ethiopia in 1941 and his deposition in 1974 during the Ethiopian Revolution.
Read More: http://en.wikipedia.org/wiki/1960_Ethiopian_coup_attempt
--------
Another version by Christopher Clapham: http://journals.cambridge.org/action/displayAbstract?fromPage=online&aid=2528684
---------
Video: The capture and killing of Mengistu Neway:
https://www.youtube.com/watch?v=BKPw9C5tXsg

Video: How the emperor received the news in Brazil and how he reacted from 01:24 - 5 min:
https://www.youtube.com/watch?v=PJSRVPPuFso

The 1960 coup against Haile Sellasie